Well, it took me more than two years to get around to it, but here are the 11 New Cemetery gravestones that were not photographed in the other set. These are scans from film prints and thus higher resolution than the other photos on this website. The white substance on the stones is chalk, which yields superior legibility. (The individuals who took these photographs were instructed to take great care in applying and removing the chalk.) As always, if you have further information on any of these people or just want to leave a note that they are your relatives, please use the 'comment' feature. Cheers! 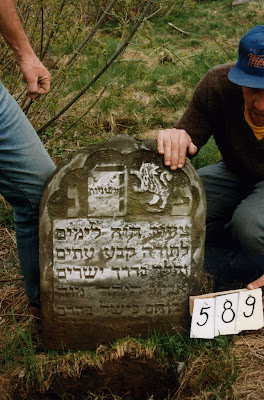 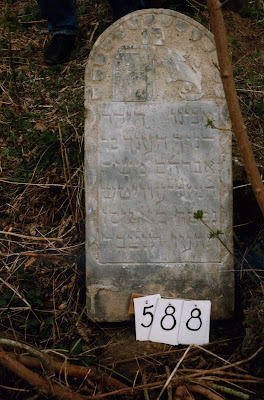 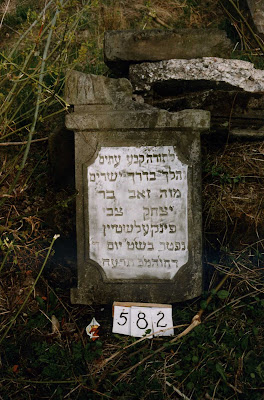 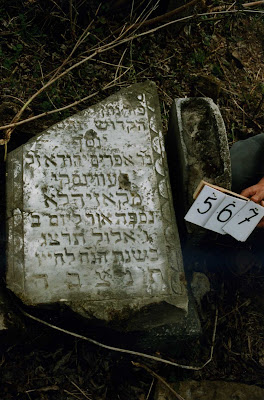 Tuvia BRICKMAN, the Levy, son of Chaim Menachem. Died in 1920. 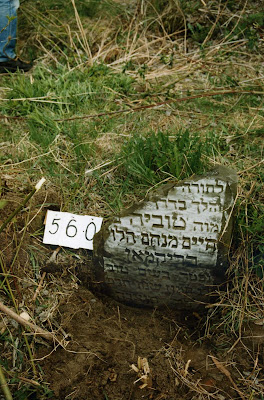 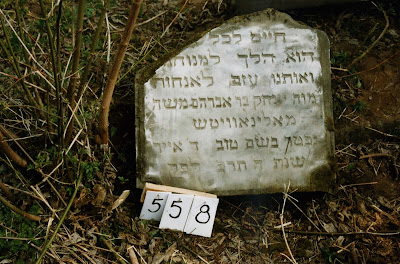 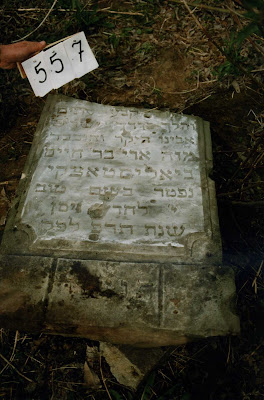 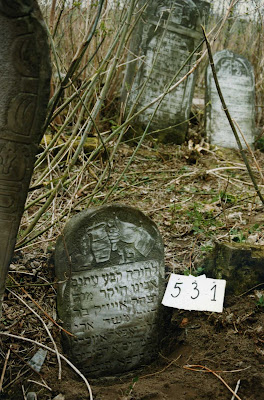 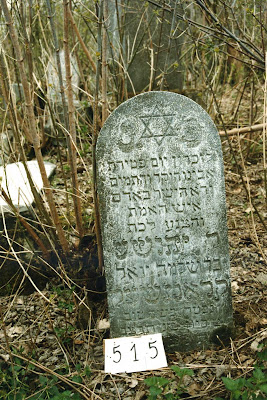 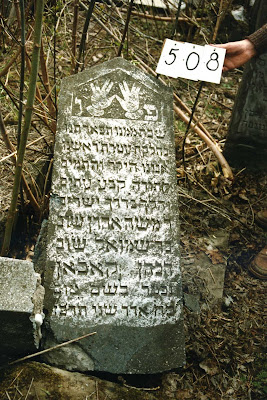 Chana Risha BARKOWSKI, wife of Mordechai, daughter of Avraham Eliezer GRADZALAWA (or from Radzilow). Died in 1929. 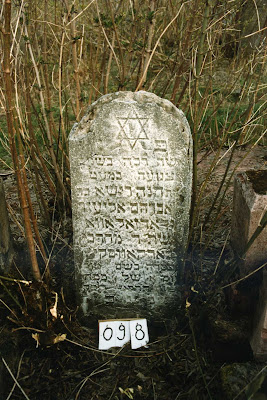